A variety of flora and fauna thrives in this abundant meadow

Enjoy one of the most picturesque aspects of Highgrove at the Wildflower Meadow, a luxuriant landscape that changes with the passing seasons, which stretches out across 4 acres in front of the house.

Revel in the untamed beauty of Highgrove’s peaceful Wildflower Meadow, a four-acre plot dotted with oaks, chestnuts, poplars and beech trees. Sanctuary to different wildlife throughout the seasons, the meadow was originally planted with a 32-species seed mix in 1982. Managed as a traditional hay meadow, seed-rich green hay introduces new species each year, creating a constantly evolving landscape that is cultivated in harmony with the seasons.

Yellow rattle keeps grasses cropped and over five types of orchid thrive in the meadow’s soil. Spring sees the Lent Lily and Ice Follies appear, whilst the meadow is cut in the summer for hay and grazed by sheep between September and December, which help to tread the wildflower seed back into the ground.

A fastigiated hornbeam avenue leads to the working Kitchen Garden, where heritage varieties of fruit and vegetables are grown within plots that make up the crosses of Saint George and Saint Andrew. A splendid ‘ribbon of red’ lies at the end of the avenue, a delight in the autumn when Japanese Maples and Copper Beech are at their most dazzling.

The Wild Flower Meadow at Highgrove is noted as the first of 60 Coronation Meadows in a project initiated by His Royal Highness in 2012 to commemorate Her Majesty’s 60th Coronation Anniversary; there are over 72 varieties of plants in the meadow making it a very species rich meadow. 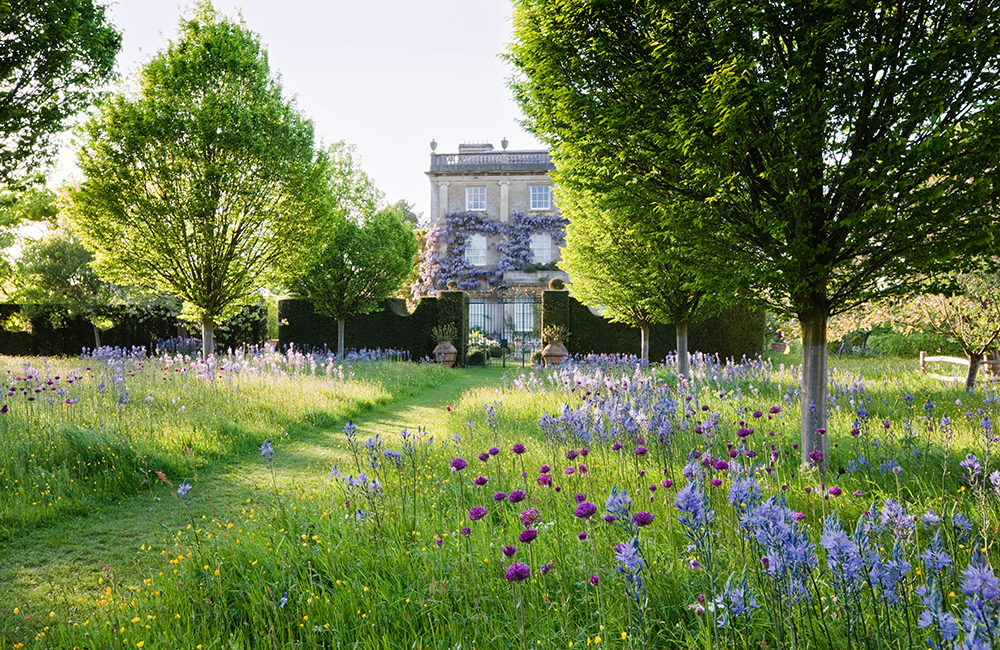 The purple and white wisteria on the south wall flower together in May. 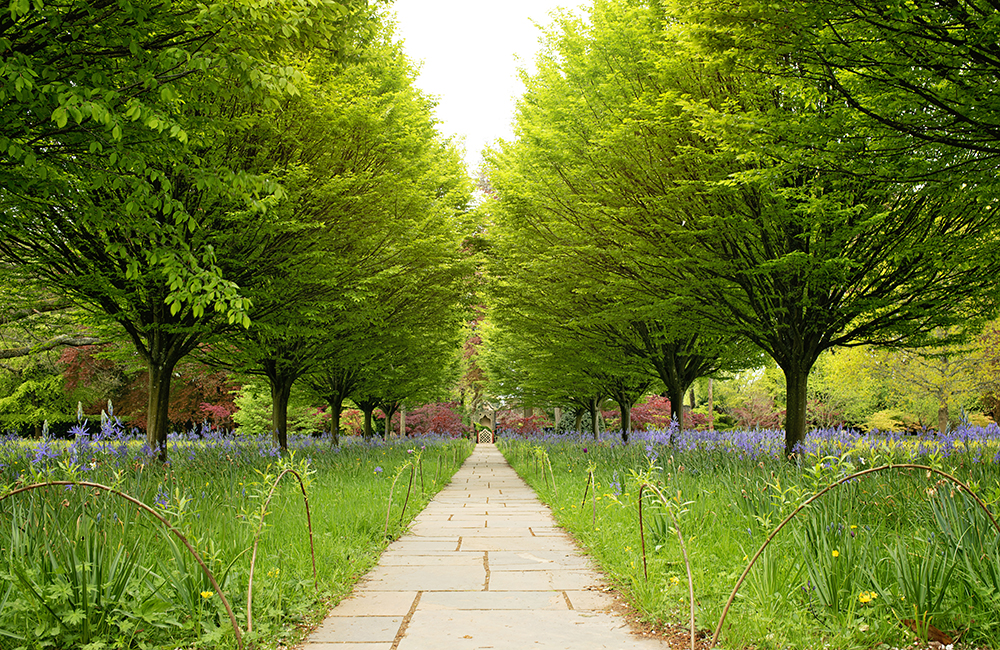 A new pathway leads through the avenue of fastigiated hornbeams. 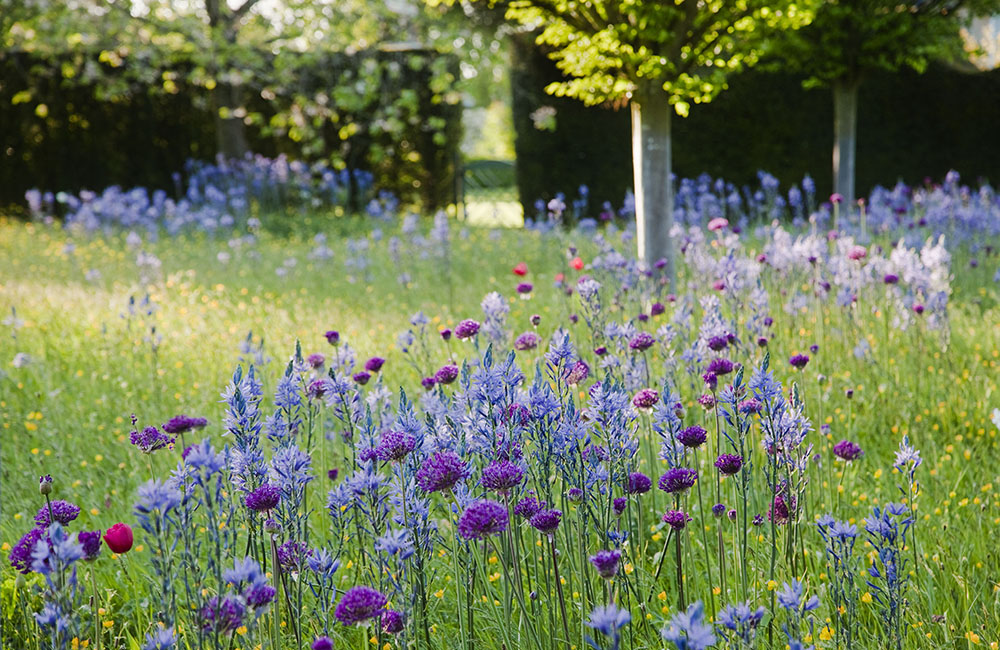 Fastigiated hornbeams were chosen as their upright forms don't create too much shade.